Oblates (Oblati) are individuals normally living in general society, who, while not professed monks or nuns, have individually affiliated themselves with a religious organization of their choice. They make a formal promise to follow the ethics of their religious order in their private life as closely as their individual circumstances and prior commitments permit. In the later Middle Ages, oblatus, confrater, and donatus became interchangeable titles, given to any one who, for his or her generosity or special service to the religious organization, received the privilege of lay membership, with a share in the prayers and good works of the ministers. The generosity one provides to OMS in the form of monetary contributions, volunteer work or contributing one’s services and skills allows one to share in the prayers and good works of the OMS ministers.

OMS members shape their lives by living the wisdom of the Holy Spirit as provided by sacraments such as, but not limited to, the Holy Manna, the Tree of Knowledge, and the Tree of Life. Members agree that if they obligate the sacraments to provide them with profound results such as Theoria or Visio Beatifica then they will strive to align with the wisdom provided to them.

OMS provides online courses freely to registered members. The educational material and tests in these courses will give you a better understanding of these sacraments. The test questions emphasize the key points of the courses and your personal responses to the questions allow us to confirm your formal commitment as an OMS Member / Oblate.

WHY BEING A MEMBER OF OMS of ONAC WILL BENEFIT YOU

Attending and accessing Spiritually Empowering and Healing Ceremonies and Sacraments – especially NAC ceremonies and sacraments such as Peyote, Acacia, Cannabis, Ayahuasca, Psilocybe Mushrooms, Iboga, Huachuma, etc. that are otherwise illegal for Non-Members to partake and or be in possession of.

OMS Member Card Holders are guaranteed United States Constitutional Rights and Protections as the First Amendment of the Bill of Rights clearly states and as the Religious Land Use and Institutionalized Persons Act of 2000 outlines these rights and protections in detail, even if one is NOT of American Native Heritage.

It Provides Connections With –

Federally recognized Native American Churches that are legally authorized to practice Earth Based Indigenous American Native Spiritually Empowering and Healing Ceremonies on or off Indian Reservations and in the United States Navy.

An “Oklevueha Native American Church of OMS Membership Card” serves to protect the religious freedom which Native Americans and in fact all Americans have to practice the traditional and biblical traditions of healing, Chirothesia, “Laying on of Hands” and other spirit and energy based practices common to Indigenous peoples since the dawn of human civilization. With this in mind, three United States Higher Courts’ unanimous decisions (the Federal 10th Circuit Court of Appeals, State of Utah Supreme Court and the United States Supreme Court) express very clearly and concisely that:

An “Oklevueha Native American Church Membership of OMS Card” serves to protect the possession and utilization of sacraments which the federal government and a majority of state governments still are unaware of the unique constitutional rights of the Oklevueha Native American Church. With this in mind, three United States Higher Courts’ unanimous decisions (the Federal 10th Circuit Court of Appeals, State of Utah Supreme Court and the United States Supreme Court) express very clearly and concisely that:

Any and all government agencies of the United States have no legal authority to influence any church with its ideology (by-laws) or limit the participation in a church’s religious practices based on race (American Native) or political affiliation (Federally Recognized Tribes);

Cannot deny access to American Native Indigenous Sacred Ceremonial Grounds and / or use of any and all plants, minerals, cactus, herbs, mushrooms, mixtures, extracts, or synthesized sacraments, etc.

As an example and as a matter of law, the United States governments are to protect these constitutional rights. These unanimous rulings state very clearly that all members of ‘any’ federally recognized tribe and/or ‘members’ of a bona fide Native American Church have the constitutional rights and protection to worship with any and all earth-based Sacraments.

It is ONAC’s opinion that a membership contribution is a relatively insignificant sacrifice compared to what our church leaders have endured to enable you to benefit from their sacrifices to receive sacred sacraments, ceremonies, and protection from prosecution for possessing, utilizing, or growing the sacraments you need for your well-being. The benefits and magnitude of what being a member offers far outweighs the membership contribution.

WE INVITE  YOU TO BECOME A MEMBER OF ORATORY OF MYSTICAL SACRAMENTS A REGISTERED, AUTHORIZED, AND BLESSED BRANCH OF OKLEVUEHA NATIVE AMERICAN CHURCH.

ONCE YOU REGISTER AS A MEMBER, AND COMPLETE THE SACRAMENT COURSES, YOU MAY ACCESS CHURCH SACRAMENTS TO UTILIZE IN YOUR OWN RELIGIOUS PRACTICE AND YOU WILL BE ELIGIBLE TO PARTICIPATE IN OUR RETREATS & CEREMONIES HELD NEAR SANTA FE, NM.  WE ONLY PROVIDE SERVICES TO REGISTERED MEMBERS THAT HAVE SUCCESSFULLY COMPLETED THE SACRAMENT COURSES.

A MEMBERSHIP CARD WITH OUR BRANCH NAME WILL BE ISSUED AND SENT TO YOU FROM THE MAIN OKLEVUEHA NATIVE AMERICAN CHURCH IN UTAH. MEMBER CARDS HAVE A QR CODE ON THE BACK THAT CAN BE INSTANTLY SCANNED USING A SMARTPHONE FOR INSTANT CONFIRMATION OF YOUR MEMBERSHIP AND LEGAL RIGHTS. 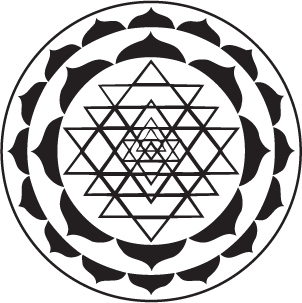